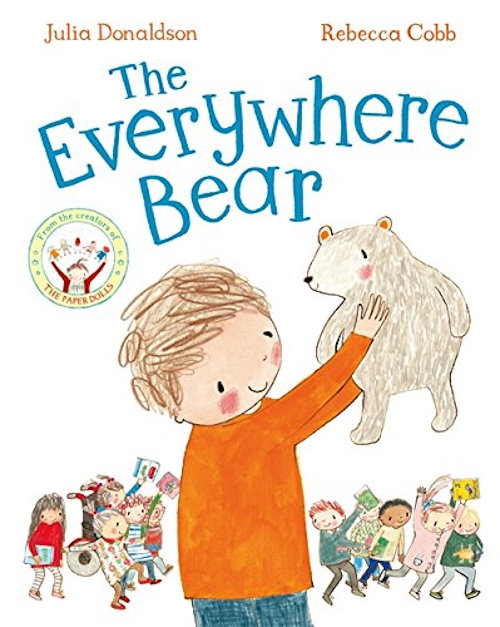 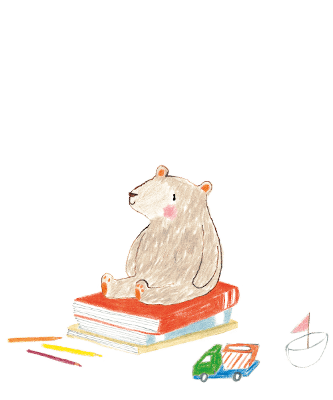 The Everywhere Bear has a home on a shelf
But he doesn't spend very much time by himself,
For each boy and girl in the class is a friend
And he goes home with one of them every weekend.

The Everywhere Bear has a wonderful time with the children in Class One, but one day he gets more than he bargained for when he falls unnoticed from a backpack and embarks on his own big adventure.

”… this latest book’s bright and boisterous depiction of school, and the devotion of little ones to their teachers, may just leave you fuzzy with nostalgia.” Observer, Children’s Book of the Week

“Another brilliant picture book from this fabulous duo.” Angels & Urchins

I used to do a lot of school visits. On one of these, some children showed me their class mascot – I think it was a furry panda – and told me how he’d once been lost on the way back to school from a child’s house. That was the germ of The Everywhere Bear, but I didn’t write the story for several years. Then, when I was doing a signing at a book festival, a child from another school brought their class bear along, and when I asked its name I was told it was “The Everywhere Bear”. That was it – my title! And I went on to write the story.

One of my grandchildren was very into vehicles and machinery at the time, so with that in mind I included a crane, a boat, a crane and a vehicle for painting stripes on the road in my teddybear’s adventures.

You can see me telling the story and Rebecca drawing the Everywhere Bear in this broadcast.

Buy The Everywhere Bear from Amazon

The Paper Dolls ➝
Back to Picture Books