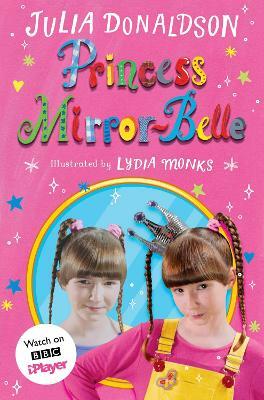 Ellen’s reflection announces that she is a princess, and she turns out to be a very boastful and bossy one, who climbs out of the mirror and gets shy Ellen into all sorts of unexpected adventures.

The idea for this book came from my oldest son Hamish whose imaginary friend Sammy was his reflection in the mirror. It was also influenced by my middle son Alastair who played in a teenage rock band, like Ellen’s brother Luke in the Princess Mirror-Belle stories.

Excitingly, there is going to be a television series based on the three Princess Mirror-Belle books.
This first book contains the following 6 stories: