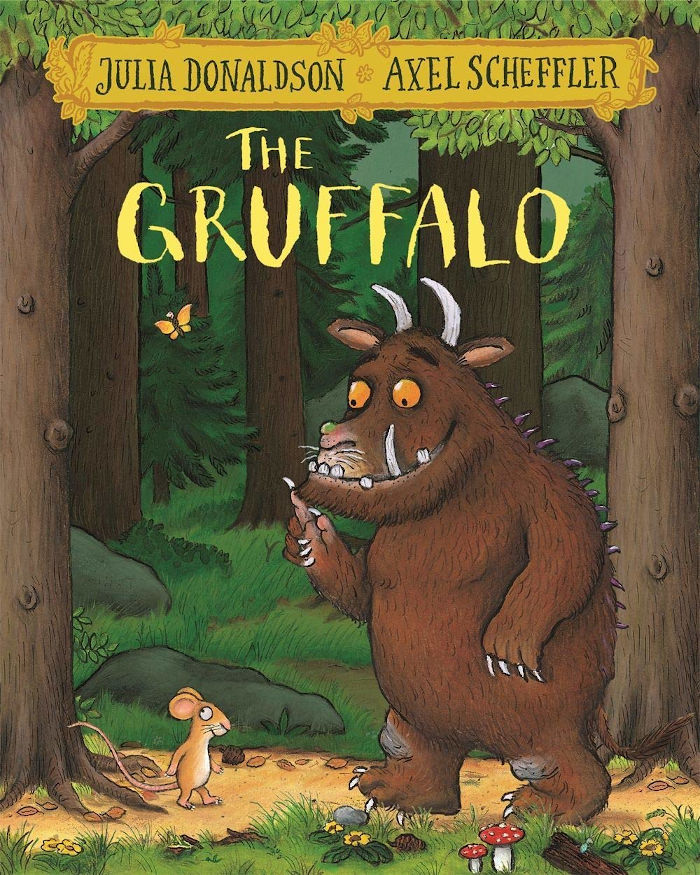 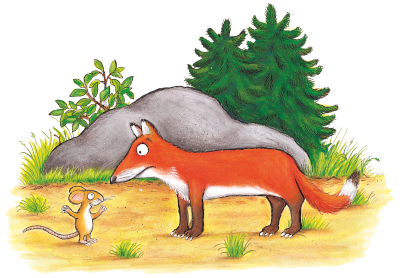 A mouse took a stroll through the deep dark wood.
A fox saw the mouse and the mouse looked good.

Walk further into the deep dark wood, and discover what happens when the quick-thinking mouse comes face to face with an owl, a snake and a hungry gruffalo . . .

“a modern classic”  The Observer

I told this story in quite a few schools before sending it to Axel, and some of the children drew me pictures of how they thought a Gruffalo would look. Sometimes he looked a bit like a robot or a creature from outer space! But as soon as I saw Axel’s version I knew that’s what he was supposed to look like – a kind of woodland creature that is both scary and comical. 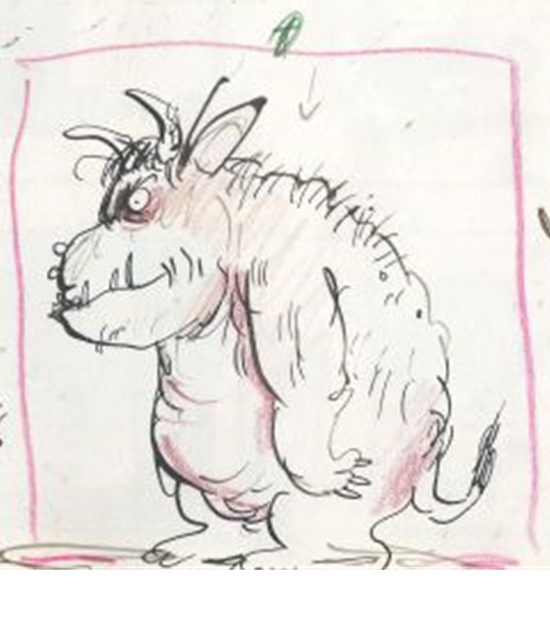 The Gruffalo in Axel’s sketch book

Neither Axel nor I dreamed what a success the book would be. As well as winning several prizes it has now been translated into over 100 languages and has sold over 17 million copies.
Our monster has even appeared on Broadway, in the Tall Stories play based on the book which frequently tours the UK and other countries.
In the picture below, Elliot Rodriguez plays the Gruffalo and Rebecca Allingham is the mouse. 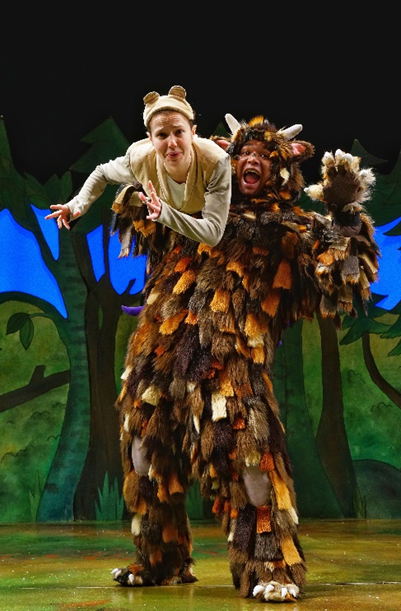 The animation of the story, produced by Magic Light, has won several awards and was nominated for a Bafta and an Oscar. 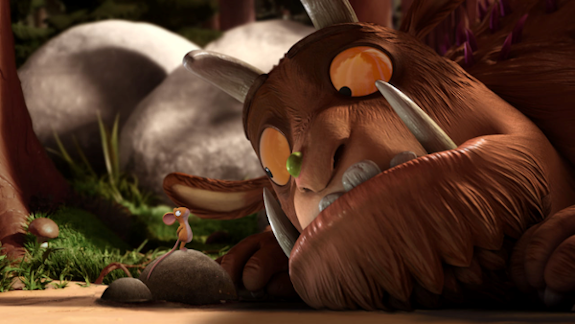 And there is even an opera of The Gruffalo, first staged in Berlin in 2019. 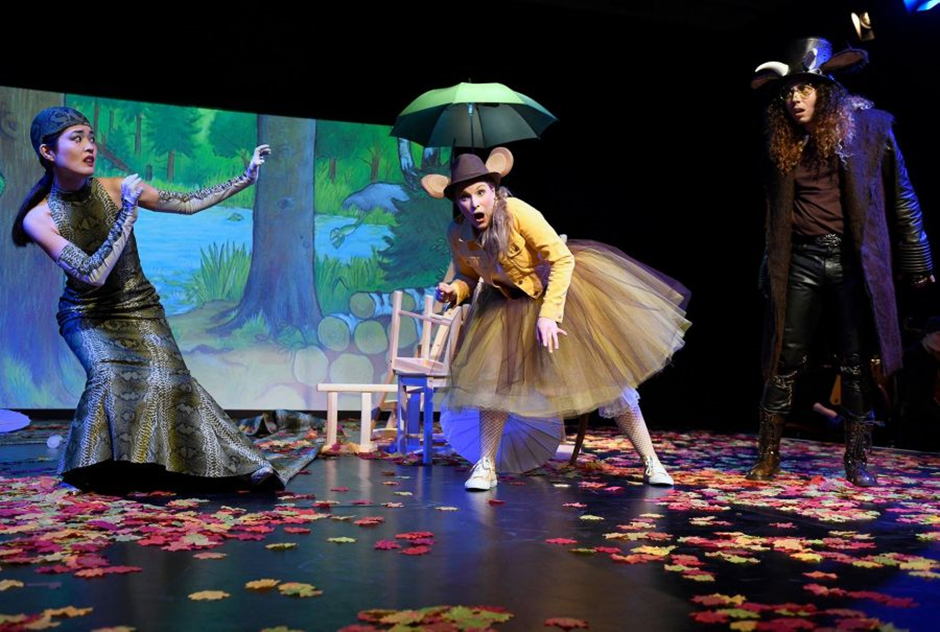 A scene from the Gruffalo opera

The Gruffalo has his very own website at www.gruffalo.com. Here you can check out my diary, play games and see me and Malcolm singing some of our songs. If you click here you can see us performing the Gruffalo song with Makaton signs.
Malcolm and I often perform The Gruffalo in our stage shows. I am always the mouse, and he is very good at acting the fox! But recently we filmed the show in a deep dark wood with Malcolm acting all the predators, including the Gruffalo. 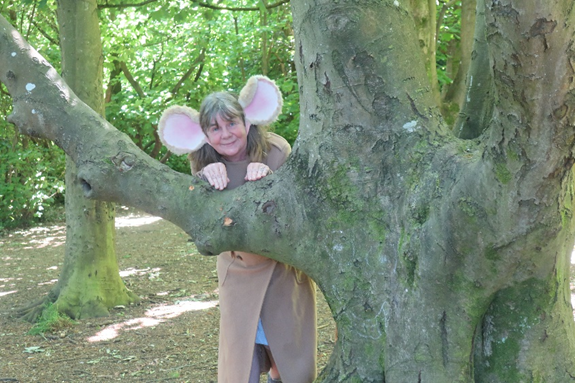 There are lots of Gruffalo “spin off” books, including a touch and feel book, a puppet book and a cookery book. My own current favourite is The Gruffalo and Friends Outdoor Activity Book, and you can click here to watch some of the activities in a “Julia Donaldson and Friends” broadcast.

Click here to watch that performance on “Julia Donaldson and Friends”.

The Gruffalo won the Smarties prize, the Blue Peter prize for Best Book to Read Aloud and the Experian Big Three award.

Buy The Gruffalo from Amazon

← Monkey PuzzleA Squash and a Squeeze ➝
Back to Picture Books
This site uses cookies to help analyse site interaction and general traffic, all anonymously. If you continue to use this site we will assume that you are happy with this.Ok