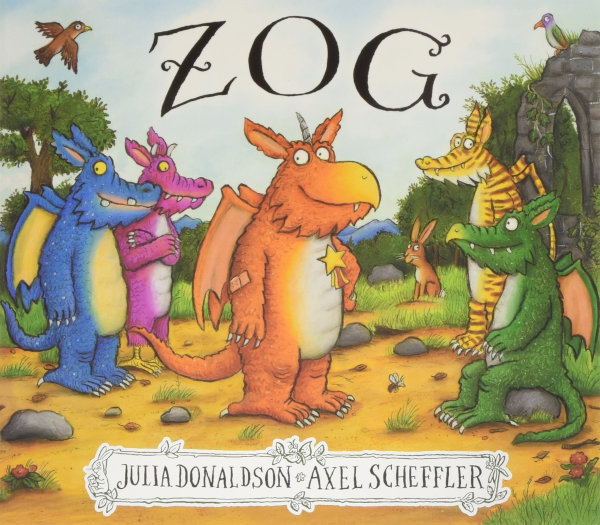 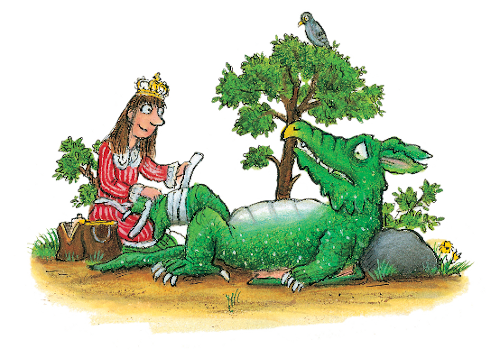 Zog is the keenest dragon in school. He’s also the most accident-prone, getting into one scrape after another as he learns to roar and fly and breathe fire.  But who is the mysterious little girl that keeps coming to his aid? And can she really help with his toughest test: capturing a princess?

“The Gruffalo duo do it again with this fable about a dragon, a knight and a damsel in distress, none of them the stock characters we know from fairytale. Donaldson’s rhymes and Scheffler’s illustrations mesh sublimely.” – Financial Times

I knew that our editor really wanted a dragon story, but it wasn’t till I hit on the name “Madam Dragon” that I decided the book should be a school story.

I also wrote a song, called “Flying Doctors”, which you might like to watch and listen to here.

There is a Zog play by Freckle productions. 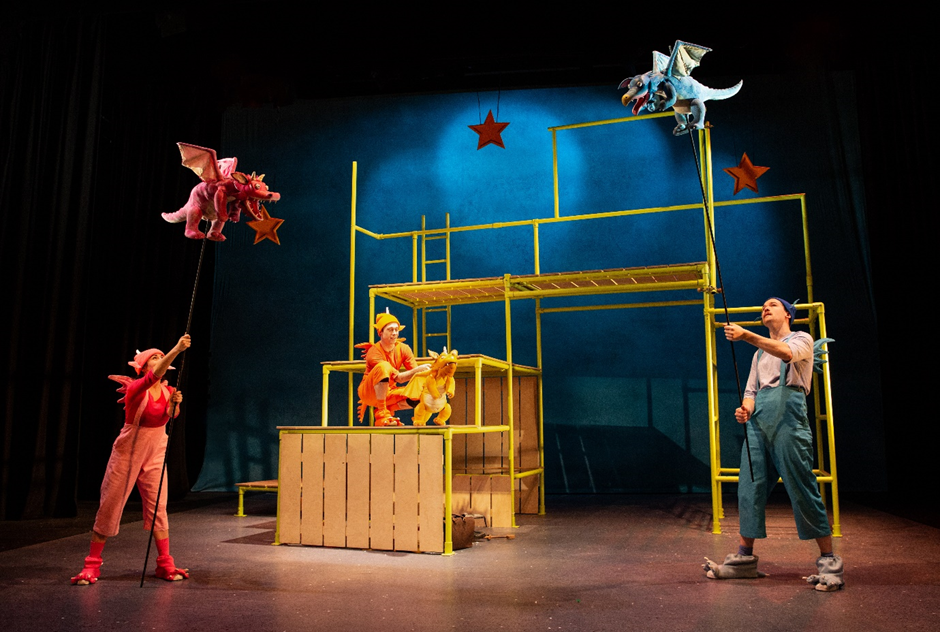 And Magic Light’s animation of the story was first broadcast on Christmas Day 2018. 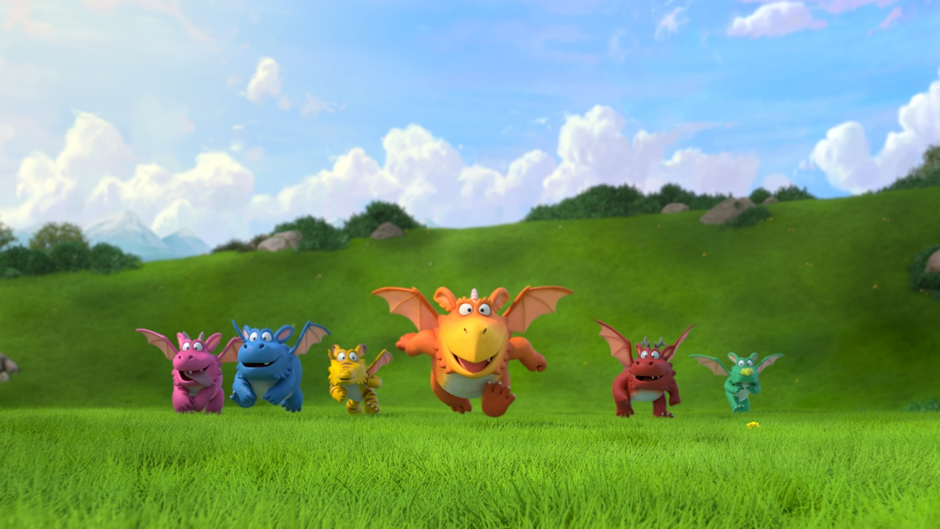 Zog and his classmates on screen

There is also a sequel, called Zog and the Flying Doctors.

Click here to watch a performance of this story on “Julia Donaldson and Friends”.

Zog won the Galaxy Book Award in 2010 and the Oxfordshire Book Award 2011.