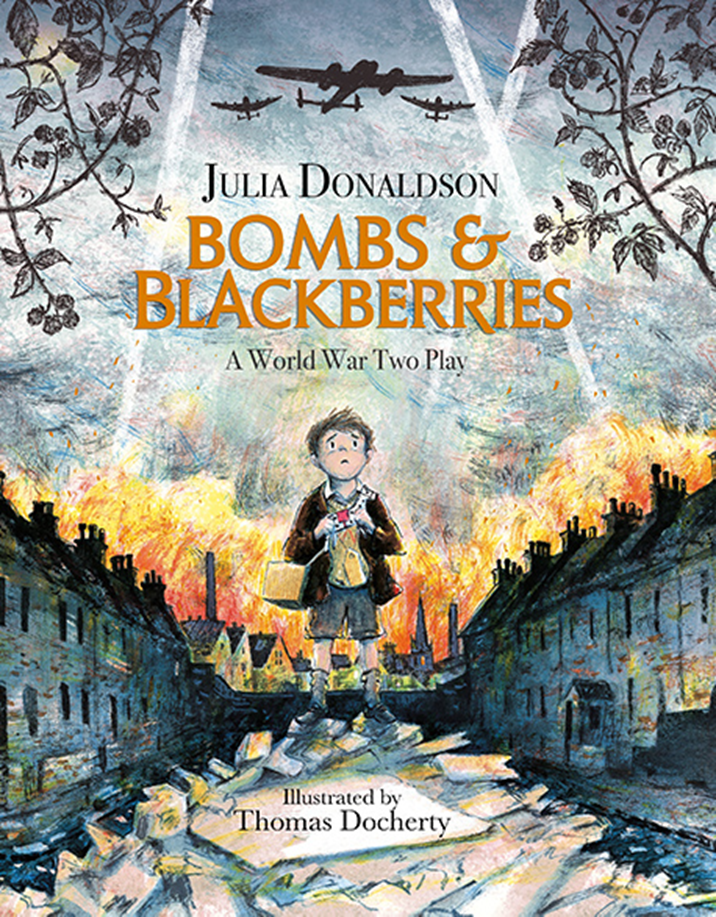 This is a play for a whole top junior class, set in and around Manchester during World War 2. There are 4 songs, and notes on simple staging and costumes. The play would fit well into a project on WW2.

Britain is at war, and the Chivers’ youngest children have to leave their parents to live in the countryside. They are delighted to be brought back home when it looks as though the Germans aren’t going to invade after all. But the air-raid siren goes off and this time it’s frighteningly real . . .

“This touching play brings to life the Second World War in a very accessible way for junior children.” Books for Keeps

Here is a picture of a Primary 7 class at Strathblane School, who put on a very successful performance of Bombs and Blackberries in 2005, adding some extra songs from World War Two.

Buy Bombs and Blackberries from Amazon

Chariots and Champions ➝
Back to Plays For A Whole Class
This site uses cookies to help analyse site interaction and general traffic, all anonymously. If you continue to use this site we will assume that you are happy with this.Ok