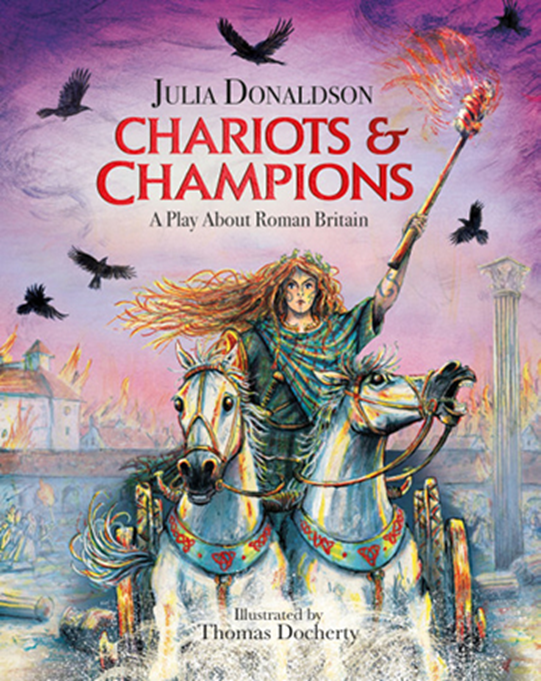 This play is set in Roman Britain and is suitable for a whole top junior class to read or act. There are notes on simple staging and costumes.

A boy digs up a bronze head from a Suffolk river. As he puzzles over it, the dramatic story of the Roman invasion of Britain unfolds in front of his eyes. Emperor Claudius, British Queen Boudicca, Roman soldiers and British slave girls all play their part.

Buy Chariots and Champions from Amazon

← Bombs and BlackberriesThe Gruffalo Play ➝
Back to Plays For A Whole Class
This site uses cookies to help analyse site interaction and general traffic, all anonymously. If you continue to use this site we will assume that you are happy with this.Ok