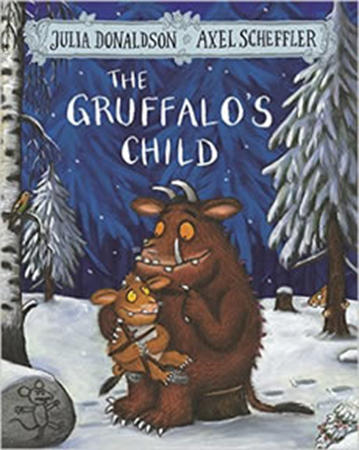 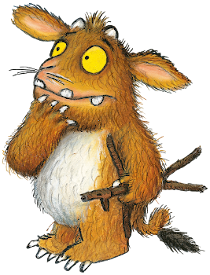 “A variation on the relationship between the canny mouse and the gentle but huge and ugly Gruffalo, so deliciously played out in The Gruffalo, is wittily recreated in this welcome encore.” The Guardian

“The Gruffalo’s Child achieves the impossible – an even more endearing, witty and delightful book than its parent.” The Bookseller

I had been resisting the idea of writing a sequel to The Gruffalo until I began to wonder how the Gruffalo would feel about the mouse five years later. Supposing in the Gruffalo’s mind he had become the Big Bad Mouse, to be avoided by all gruffalos big and small, what then?

Among the many foreign editions is a wonderful Scottish version by James Robertson, called The Gruffalo’s Wean.

There’s also a song, which you might like to hear us singing on the by clicking here. 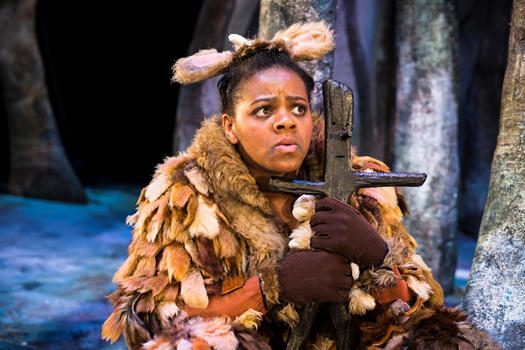 The animation of the story, produced by Magic Light, was first shown on BBC1 on Christmas day 2011. Here is a still from the film. 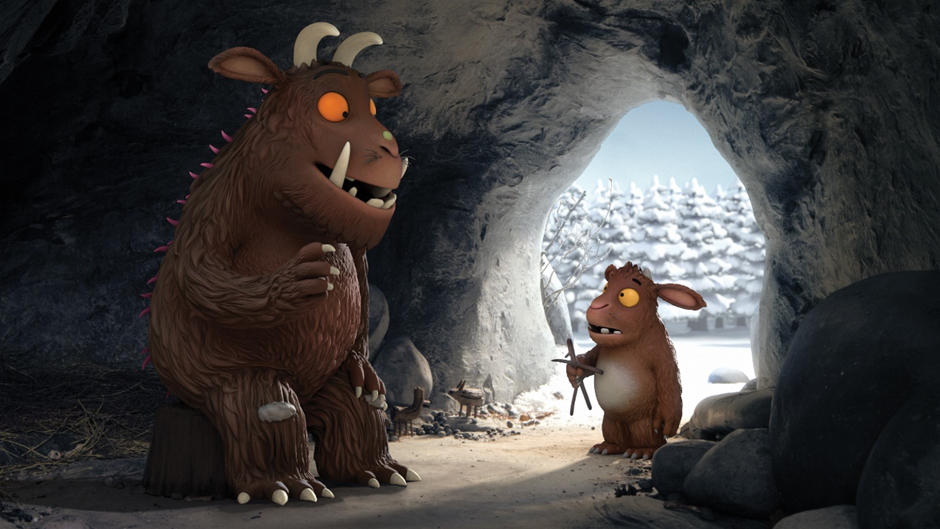 The Gruffalo’s Child won the WHSmith Children’s Book of the Year award at the 2005 British Book Awards.

Buy The Gruffalo’s Child from Amazon