The Smartest Giant in Town

The Smartest Giant in Town 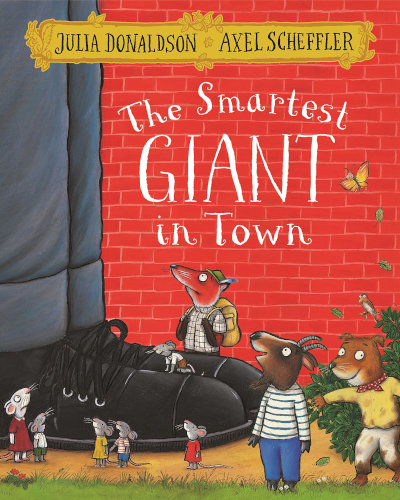 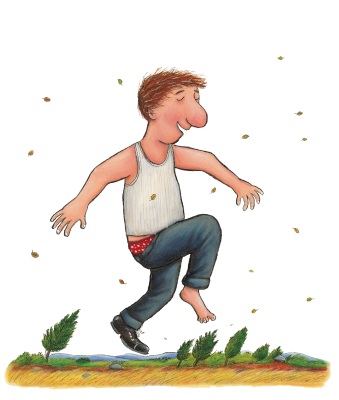 “My tie is a scarf for a cold giraffe,
My shirt’s on a boat as a sail for a goat,
My shoe is a house for a little white mouse,
But look me up and down –
I’m the smartest giant in town.”

George wishes he wasn’t the scruffiest giant in town. So when he sees a new shop selling giant-size clothes he decides it’s time for a new look. But on his way home he meets various animals who desperately need his help . . . and his clothes!

“My absolute favourite of this year’s picture books… Julia Donaldson and Axel Scheffler are a combination made in heaven.” – The Independent on Sunday

“Who could resist?” – The Sunday Times

As a child I loved a book called The Borrowers. They were little people who lived under the floorboards, and I was fascinated by how they had a stamp on the wall as picture and a chess piece as a statue. I think that’s why I decided to write a book where the giant’s clothes can be different things for smaller animals.

I always enjoy the witty details Axel adds to the pictures. On one page, rabbit is studying a poster which says “Missing Giraffe” without realising that the giraffe is standing right there on the pavement. 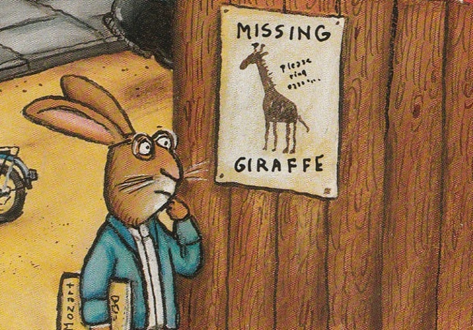 Here is a picture of Malcolm acting George the Giant when we were on a German book tour. 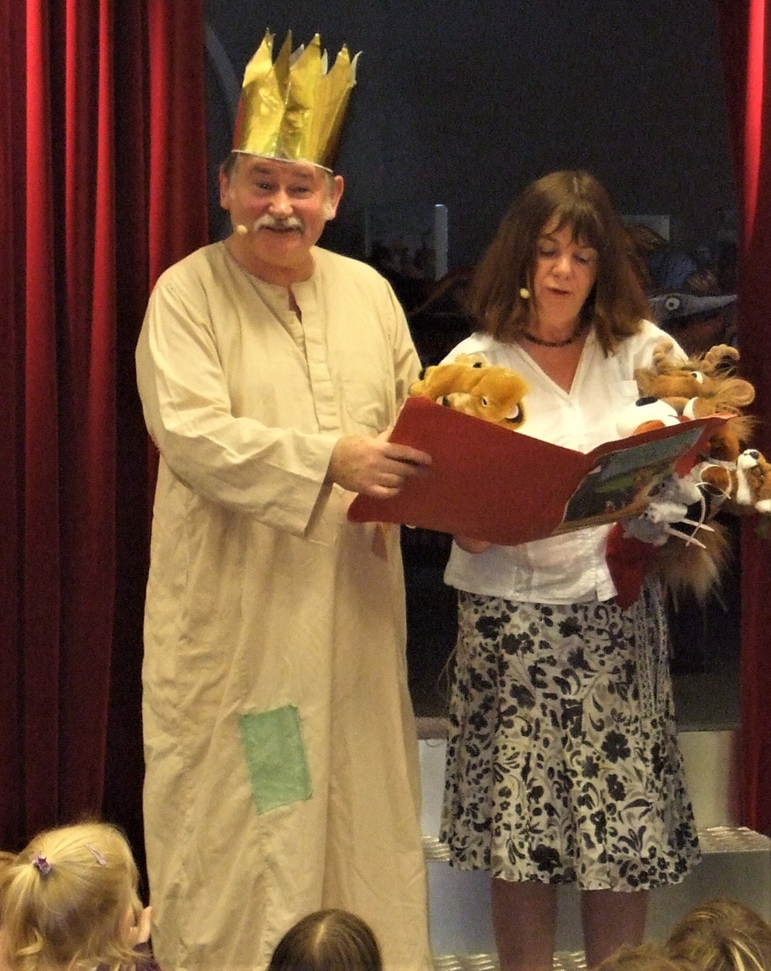 And you can watch him singing George’s song here.

The Smartest Giant in Town is one of the stories in a show by Freckle Productions called “Tiddler and Other Terrific Tales”.

The audio version of The Smartest Giant in Town, narrated by Imelda Staunton, won the Spoken Book gold award for best audio for 6 and under.

Buy The Smartest Giant in Town from Amazon